I recently had a comment on my post on World of Warcraft asking why WoW is so popular. For many people this is a good question to ask. I myself once asked this very same question. One of the reasons I started playing was because a few of my friends already were. We started our own guild with mostly people we knew so we could chat to each other. Honestly if WoW didn’t have the great social aspect of the game or I didn’t have any friends that played, I probably wouldn’t play it. Most of the people who play are really nice guys. Usually if you need help with a quest someone will help you. Of course, there are people  who are mean, but they are few and far between. One of the best parts of the game is that there is almost no limit to what you can do. Anything from questing with friends, to battleing the other faction in battlegrounds, to taking down bosses in dungeons and raids. The original WoW had two continents to explore, each with different areas to quest in. In the expantions, The Burning Crusade and The Wrath of the Lich King, the world was extended to another world, The Outlands, and a third continent, Northrend. Soon the next expantion, Cataclysm, will be released and with it Blizzard Entertainment is recreating the entirety of both the original continents bacause of an event the will happen. Your character can be anything you want, as explained in my previous post. Every character can have at most two professions. These range from mining, to jewlcrafting, to blacksmithing and leathercrafting. If you think that you would like to try World of Warcraft leave me a comment and I will recruit you.

Well to be honest, im not sure you should visit my blog. Im not funny, exciting, or at all interesting. I really think that if I were to visit this blog and didn’t know the guy who wrote it i would probably never come back. But then maybe its just me cuz i really wouldn’t want to listen to myself rant on and on. That just kinda how i am. I definatly a better listerner than I am a talker. Well thats all i have today. This is Jaris and I made Windows 7 AND 8. Talk to ya later.

Ok this is probably one of the more idiotic things I’ve seen in a while. Hewlett Packard is one of the top computer makers in America right? So you would think that they hire smart people right? And so those smart people should have the brain power to adequately test their products before they release them right? Well evidently not. This video is a great example of how hurrying to a due date can cause a lot of trouble. I assume that HP has fixed this by now. I guess that it has to do with dark people not reflecting enough light for the webcam to register them as a face. You would think that since it is so easy to be “racist” in sociaty today that the developers would be on the look out for something as simple as the webcam tracking system, but they cant catch all the glitches I guess. So far I havent heard of HP getting in a lot of trouble for being racist and it was just an accident so they shouldnt if they fix it soon. I just found it kind of funny that a computer could be “racist”.

Hey there, I assume that unless you’re Mrs. De Groot you are here because you are reeeeeeeeeeeeaaaaaaaaaalllllllllly bored. In that case, welcome to the club. Honestly if I wasn’t graded on this I probably wouldnt do this. EVER. Its about as bad as those stupid journals we used to have to do. So since I have dedicated this blog about some of the stupid things people do, I thought I might start with this blog. hmmmmm… where to start. I think that i might start with the silly yellow boxes at the top of my screen. They keep telling me to try a 30 day trial to help manage things. It would be so bad if I could only get rid of them. No matter where I look I can’t find anywhere to turn them off. They are so annoying. If anyone figures out how to get rid of them I would love to know. Also how do i figure out what to write about. I mean seriously who wants to read me rant about just random stuff. Even I dont want to read this blog and Im the one who does it. Not only that I can’t get my avatar to work. I try to up it up but it never shows up on my blog. Idk maybe its just me. See ya later.

Welcome to your brand new blog!

This is a sidebar and can be changed in Widgets in your dashboard.

You can also modify number of sidebars in theme options! 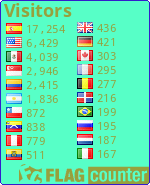